The elements, “el clima”, is an extremely interesting subject to speak about. Within our previous lesson we introduced different Spanish weather expressions and discussed several examples on ways to use the verbs ESTAR, SER, HABER and others to discuss the weather. We produced lots of sentences before, but we haven’t really developed on describing the elements in Spanish in a specific time or place, therefore we will invest the pieces together within this lesson to really make it more communicative as well as educate the basics to create a Spanish weather forecast or report. Comencemos… 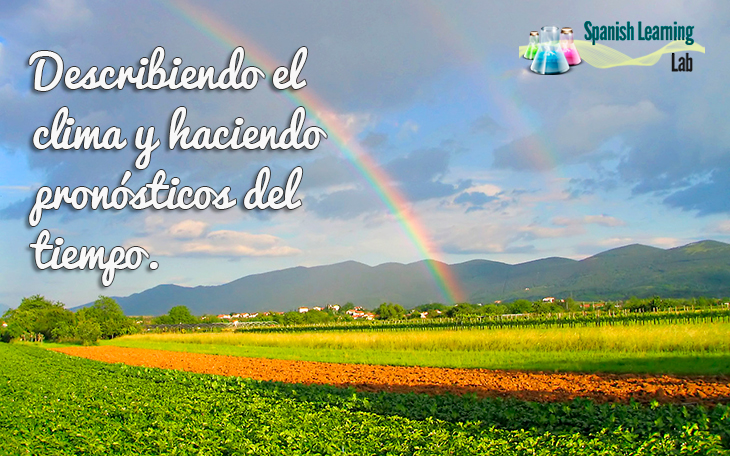 Once we pointed out in the last lesson, you should use several kinds of verbs and expressions for describing the elements in Spanish at given moment, most of which is going to be reviewed so the descriptions provided seem sensible for you. First, we use both “El clima” and “El tiempo” to consult the elements. The verb ESTAR is most likely the simplest to speak about weather conditions as all we simply need to say “El clima está + a weather condition”, being these climate conditions words for example “soleado, nublado, frío, caliente, lluvioso” and so forth.

Rather of “El clima” you’ll be able to make use of the expression “El día…” or perhaps a season for example “El verano”. Tenses are actually equally important, especially with regards to describing the elements in Spanish previously or present,as well as the long run tense for any Spanish weather forecast. Look into the first example and try to evaluate how ESTAR can be used for weather descriptions.