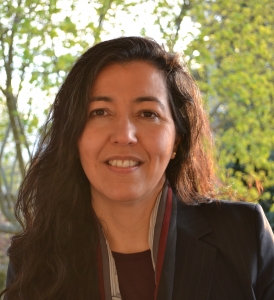 Professor Gómez-Bravo received her Ph.D. in the College of California at Berkeley. Her primary research areas are medieval and early modern Spanish literature, rhetoric and poetics, and theories of ethnic and gender difference. Professor Gómez-Bravo’s forthcoming book using the College of Toronto Press is titled Textual Agency: Writing Culture and Social Systems in Fifteenth-Century The country. It shows the intersecting relevance of various kinds of material support within the formation from the book of poetry and the development of a powerful authorial self through the entire process of compilation. Authorial and textual agencies are competing forces in the middle of the institution from the Inquisition, the arrival from the absolutist condition, the development of metropolitan areas and also the metabolic rate from the Spanish nation. Research from the contributions of converso poets displays the ways that each one of these different forces provided a conflictive although fertile ground for literary activity.

Presently, Professor Gómez-Bravo is focusing on a magazine-length project around the relation between food and ethnic identity, especially the interest compensated through the Inquisition to food practices of Jews and Muslims resulting in the exercise of racial profiling. She’s also staring at the ways that these inquisitorial methods were used in later centuries with other groups for example Indigenous Peoples and ethnic minorities.

Professor Gómez-Bravo has gotten grants and fellowships in the following sources: National Endowment for that Humanities, American Philosophical Society, Program for Cultural Cooperation between The country and US Universities, Purdue College, and UC Berkeley. Her work has made an appearance in Rhetorica, Hispanic Review, Romance Philology, Bulletin of Hispanic Studies, Hispania and La Corónica, amongst others.

Find out more about Professor Gómez-Bravo on her behalf faculty page.

All recipes and content associated with The Converso Cook book are © Ana Gómez-Bravo, 2014.

Cielarko: Hello Nancy I share a similar background but from the small town of Utuado right East of Lares the town where this doctor was born. I grew up knowing nothing about Jews to me Jews were like the Three Wise Kings and the shepherds in the story of the nativity something almost fictional. My whole mother's side of the family was from Utuado and I'm from the first generation to be born in San Juan. I knew my family had it's own quirks like we were not allowed to throw out bread whatever we couldn't eat we had to kiss and then toss it to the birds. I was also very discouraged to point at the stars since it could bring bad luck. Then when I turned 13 I was taken to see my grandfather, a widower who had married his maternal cousin, he had baked bread and with all windows closed he told me that I should know that we were Jews and we come from Jerusalem. To this day I don't think my grandfather really knew what he was handing down. He was a devout Catholic and this I remember as my mother Aurea Esther noded on that day was our herencia our "heritage". A year or two went by and my grandfather passed away and it was then it was the second time in my life I hear my Jewish heritage being mentioned as we prepared to mourn with his body displayed inside his house and we were not allowed to wear black cclothing. I remember vividly asking my mother why aren't we allowed to wear black? And she said "porque debemos vestirnos como si nada hubiese pasado" (because we must dress as if nothing had happened) and because "el luto se lleva hasta el corazón" (mourning must be carried towards the heart) it made no sense to me as a teenager so my mom just shrugged and said it comes from our Jewish heritage that's how we do this, every family is different. That's it end of the story. Apparently I must dress as if nothing had happened, because the mourning must be carried towards the heart, I should marry a girl of my family no way José my mom broke away from that tradition two of her sisters didn't and I should tell my children and my grandchildren that we're Jews and that we come from Jerusalem at age 13 because otherwise "my tongue would stick to the roof of my mouth" oh and of course we shouldn't point at stars eat in other people's houses and we should never name a son after his dad but we should honor the living grandparents by naming the grandchildren after thus so many family members named Ester, Rafael, Miguel, Regalado, Carmen and Ana. My mother's side of the family did not have particularly ethnic names we were Medina, Miranda, Isaacs (ok maybe Isaacs was a bit ethnic it had two a's) but according to my mother the "most" Jewish were the Mirandas. Time passed I wanted to know more my mother's oldest sister a very devout Catholic was the first one to ever speak to me about the Inquisition she said that's how "we" became Catholics but "that's all in the past" she quickly said, she was the first and only one to have moved to the states, and she knew that Jews were of a different religion. I don't know why but I ended up really relating to Judaism and I lived 2 years in Israel where I had both my sister and my mother document their story for the Jewish Agency in Haifa. I've been blessed with the opportunity of getting out of my sofek (halachic doubt of direct matrilineal descent or mamzer status) in Tzfat where I went into a mikveh together with a small group of Ethiopian Jews. I've studied Sephardic studies with professor Aviva Ben Ur a known scholar in Marrano studies. I have travelled to the marrano communities of Belmonte, Portugal (I tend to dislike the word converso for it is ambiguous ambiguous and I prefer marrano for it can be a play of words in Hebrew and Spanish as Mar Anous means Bitter Violated and Marrano means swine). I have visited the last Jews of Ethiopia and spent Shabbat with them and with Israeli filmmaker Irene Orleansky. And I call on the international Jewish community to look into and study the many families of marrano Jews that live in the highlands of Central-Western Puerto Rico. Every Jew I met who claims Crypto-Jewish roots come from an area that stretches from Moca to Jayuya and from Hatillo to Adjuntas. I've met them in San Juan, I've met them in the states and I even met an older couple from Hatillo in Tzfat. The entire area is highly neglected and is an integral part of Am Israel le'olam va'ed.\n﻿

Jennifer Jimenez: Cielarko can we be in touch if you see this? Jenni Yocheved﻿

R A R: Secular…or death threats. You can appear to take on a religion and not actually take it on. You can live as a secular thereafter. Mostly, I think it was the threat of violence. The Inquisition followed into the Americas for long after. This is why so many converso Jewish religious practices remained hidden.﻿

Hector L Guzman Rivera: Jews in Puerto Rico/BoricuaJews/The Spanish "Imposition"!!\n\nPuerto Rico a United States Commonwealth who's populous are born American Citizens since the signing of the Jones-Shafroth Act (Public Law 64-368) also known as the Puerto Rican Federal Relations Act of 1917. Such superseded The Foraker Act of 1899 granting US Citizenship on the natives born on the Islands of Porto Rico (as it was described by the US at the time) on before and after the year 1898! What was unknown was the hidden Sephardic and Anousim Jewish bloodlines origins of many of these natives!!! \n\nPuerto Rico's original American Indian name is Boriken and it's people are mostly composed of American Indian (Taino/Arawak), Spanish, and African origins. But for centuries something has been maliciously hidden or destroyed from archives, BUT the Almighty is Omnipotent, Omniscient, Omnipresent, as it is written; "He bindeth the floods from overflowing; and the thing that is HID bringeth he forth to LIGHT" Job 28:11\n\nCurrently, many Boricuas have immersed themselves in ancestral research using technological tools available and have reached valuable archive databases from Portugal, Spain, Germany, Italy, and yes Israel!! \n\nTalk about EVIL, as discovered through research, during the Spanish conquest and colonization of the Caribbean, many of the colonizers, labourers, and even sailors of the Spanish Navy were Sephardic and Anousim Jews who had been imposed to Catholicism (CriptoJews), to Diaspora, to a new world or face annihilation! \n\nIn 1493 during the Spanish Inquisition, over 750,000 Jews lived in peace on the Iberian Peninsula and were subjected to Diaspora and slave labor during the colonization and conquest of the Caribbean Islands specifically Cuba and Puerto Rico!\n\nThese were the seeds of the Perez's, Diaz's, Melendez's, Guzman's, Rivera's and many others!\n\nThe Commonwealth under its census calculates the current recorded Askenazi Jewish Population in Puerto Rico to over 3000 which have built Synagogues. Most as recorded follow traditional Judaism, some Orthodox and some who follow Messianic Judaism, of which live in the San Juan metropolitan area. Many also live in the mountain town of Adjuntas. \n\nBut on these islands there we'll may be more than a MILLION with direct HEBREW/JEWISH Bloodline of Ashkenazic Sephardic and Anousim Jewish origins and most of them from Central Mountain areas such as Naranjito whereas Joaquin Guzman-Perez my father was born!!!! Shalom:-) 😉 :-D!!!﻿

R A R: Even the Africans are Hebrews. Not you, brother, but many people think Africans were just plain savages, no history, culture, rich traditions but Hebrewisms abound in West Africa, not just Ethiopia. Puerto Rico is RICH in Hebrew tradition from the the Europeans to the Africans and many people think "Indians" are ancient Jews who escaped the destruction and fled. Who knows exactly. \n\nI think people should know that many "Ashkenazim" are actually Sephardic descendants. African people right and left are returning to their Hebraic roots in the continent. I guess the time is quickening. Anyhoo, for anyone interested, Kulanu.org is a start.﻿

Andres Caves: Hello Nancy. I look your video because I'm from Puerto Rico, my parents are from  barrio "Bartolo" in Lares , Puerto Rico, (long time ago). I'm curious because I do not know if my dad last name  have sefardi origins. As a curious thing the name of the lady who make PUERTORRICAN flag was, (who was from Lares too) was Mariana Bracetti CUEVAS.My dad last name was CUEVAS, Just like yours.﻿

Nihil est in intellectu quid non fuerit prius in sensu.: Lares is said to be of much Catalan roots﻿

Nancy Cuevas Guzman: Here it is in English, Lydia Goldstein.  It's a very interesting and educational film.﻿

Nancy Cuevas Guzman: This is an interview I made of Dr. Quinones, my mother's maternal cousin in order to document this information before he passes away and it is lost forever. Dr. Quinones was the only physician in his tiny mountain hometown of Lares, Puerto Rico where my mother and father were also born. As the elderly of Lares were dying he was privileged to hear their stories. Many of us from Latin America do not know where we came from or how we got here. Here's one story.﻿

James Guzman: Hello Nancy, My fathers family is also from Puerto Rico and I interested in looking at the possibility that I have some converso in my family history. Do you know of a good place to start?﻿