The brand new ban on killing bulls applies simply to that one festival, that has been renamed Toro en Peña, though most Spanish still make use of the old name.

Bullfighting, by which bulls will also be stabbed frequently after which wiped out, continues to be legal in basically two Spanish regions, and broadly practiced, though attendance has dwindled because the financial crisis.

The language from the Tordesillas town anthem are only for killing "brave bulls." Its annual festival is among the most gory and famous — and therefore grew to become an emphasis for animal legal rights activists recently.

"In The country, there’s two countries residing in exactly the same moment. It’s like I live these days, but you just reside in the 15th century!" states Silvia Barquero, president of PACMA, a pet legal rights political party founded in 2003. "People still believe they are able to kill bulls just for fun, and the remainder of people, who believe this is the time to finish with all of these cruel traditions."

Barquero spent ten years lobbying for that ban on killing bulls in Tordesillas, and believes Spanish public opinion is popping against bullfighting along with other traditions many consider inhumane.

Earlier this summer time, her PACMA party sent activists undercover to film another festival in Toledo, south of Madrid, in which a baby bull was tortured and stabbed to dying by drunk revelers. The footage went viral on social networking, with 20 million views within the first 24 hrs, based on PACMA.

A week ago, thousands attended an anti-bullfighting protest in downtown Madrid. It had been the biggest such rally in a long time. 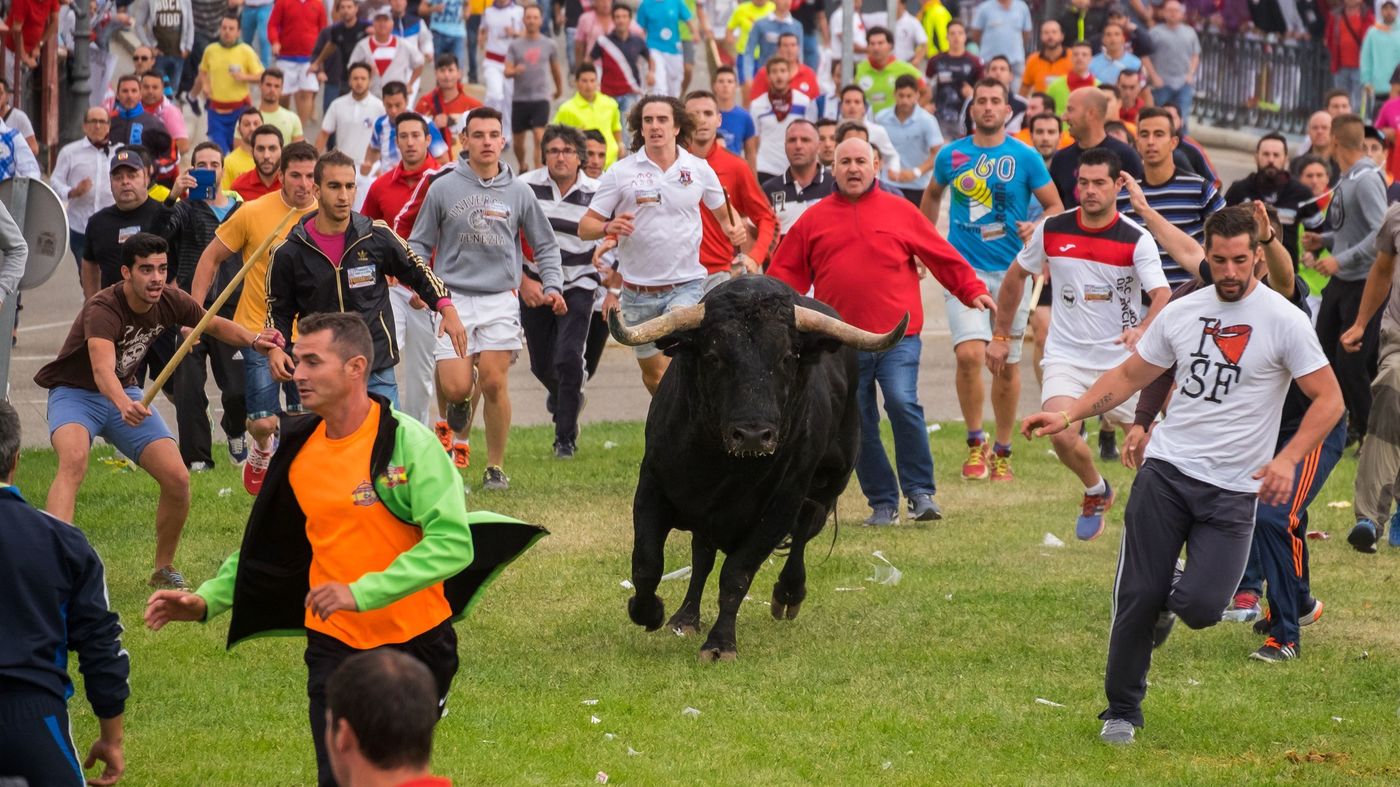 richard maska: No. This is pretty much animal cruelty. I mean, the bulls get theirs too. But to claim cultural relativity here is.. well.. stupid.﻿

radiation_kingz: for those who claim it's animal cruelty: a bull fight is more cruel, the people getting attacked here are the humans, they really letting the bulls runs free g in a cage. In other words: it's kinda like the bulls revenge (p.s: I've done this. My friend learnt not to jump onto a bull from a tree the hard way.﻿

TurboFast: Mike Castillo um, I can agree, but, half of us aren't dumb. America has a lot of dumb people, but also smart ones. You shouldn't talk this lazy snort and consider him an example of America﻿