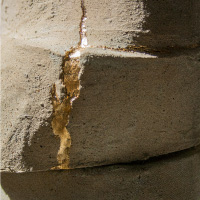 The Mexican Cultural Institute is proud to announce its next exhibit Tierras Ambulantes (Clay on the road) opening June 21, 2017.

as a way of coming back to cultural roots and origins. The performers whose jobs are presented here build bridges between your past and offer

by creating contemporary pieces with your an old medium. Participating artists include: Gustavo Pérez, Ana Gómez,

On Thursday, June eighth at 6:45pm, curator and participating artist Paloma Torres can give a painter speak with discuss her

own work along with the curation from the exhibit and it is pieces.

Note: For college groups wanting to go to the exhibit, 1 chaperone per 10 students should be give go into the galleries.

RSVP towards the artist talk here.

halfgeekpartyboy1968: Hello, Paul!, the blueish mosaic tiles you were referring to are called "talavera" mosaics and originated from Moorish occupation of most of Spain centuries ago. The cultural Muslim influence combined with that of the Chinese Ming mosaics mainly in the young Spanish colony named New Spain (modern Mexico and surrounding territories); specially in the city of Puebla (close to Mexico City) where you can find still beautiful talavera works of art.﻿

RealUnitedStatesVlog: +halfgeekpartyboy1968 Outstanding comment!!! Thanks so much for sharing the info! This was something I did not know. I really loved so many things about this place.   Paul﻿

halfgeekpartyboy1968: +RealUnitedStatesVlog Anything to help, man, keep up the good work!﻿

KuyaBill Romjue: Outstanding video! The Spanish influence is amazing. The Artistry and Craftsmanship is magnificent. Here in Arizona we get to see a lot of FIESTA with the Folk Dances down here. The Mexican people really are warm and friendly. I will also share with you, when I visited the Philippines. There was a lot of this same Beautiful Spanish Colonialism there. To note many of the Government buildings as well as the Churches in the Philippines mirror the Architecture in the Philippines, Mexico and Spain as well. Fantastic video and I also enjoyed the Saudi Arabia Embassy tour as well. Thank You, Paul and Bev for the wonderful work you do. :)﻿

RealUnitedStatesVlog: +KuyaBill Romjue Thank you very much! I am so glad you enjoyed these episodes. We have more of them to do, and this morning I am trying to wake up so we can go film at embassies of the EU.    Paul﻿

Annie Thyme: so interesting to see this and also the saudi arabia embassy. It's so nice that they do this sort of open house so that people in the area can see what it is like. That dancing was so beautiful, as was the mosaics and the stairway was just stunning. so much lovely craftsmanship there. The SA embassy was nice but it was nice that this seemed to have a bit more of the cultural experience to go with it. Was it as nice as a day as it looked? :)﻿

RealUnitedStatesVlog: +Annie Thyme It was for the most part a beautiful day, although it rained in the later afternoon, and another video we had planned got rained out. For most of the day however, it was perfect filming weather! So glad you enjoyed these! The EU Embassies Open House episodes are coming this week. Hope you will enjoy them as well.     Paul﻿

Félix Maltchinski: RealMexico will like it iff they see this video.﻿