Bullfighting: a writer’s dilemma – the the country scoop

There are lots of topics which cause heated debate in The country: in which the best jamón originates from (Jabugo in Aracena, apparently I do not eat meat myself) whether singer Isabel Pantoja will, or should, visit prison on her alleged participation within the Malaya affair – bribery and corruption within the Marbella town hall whether The country will, or should, leave the euro.

A few of these discussions are very relevant for individuals people who’ve selected to reside in The country, while some are less gripping. One moral issue which ignites the passions of individuals who don’t live here, greater than individuals that do (in my opinion, a minimum of), is bullfighting.

As somebody who detests all bloodsports (a sentiment born from experience, in early childhood), so that as a ‘fishetarian’, I’ve always thought it was abhorrent. I’ve read Fiesta and Dying within the Mid-day, Hemingway’s books about la corrida (bullfights) interviewed a torero (bullfighter) and visited a bullfight. Getting deliberated for a long time – I showed up in 2003, however it was 2010 before I required a seat within the Maestranza – and endlessly justified my causes of not going, I realized that, like a journalist, seeing it personally was inevitable. Then when a buddy proposed some undesirable tickets free of charge, I required them gratefully, a minimum of getting away getting to pay for to sit down through something I did not even need to see.

It had been a wet day in Semana Santa and also the toreros on show were novilleros (novices) I only were able to watch among the three – seeing two (of six) bulls wiped out, messily, was enough, so possibly it was not the very best introduction. There wasn’t much art into it it didn’t take a specialist eye to determine that. Getting stern, disapproving looks from aficionados (fans) sitting down nearby, I marched out declaiming noisally because the second bloodied animal was pulled away by mules following a slow, agonizing dying. 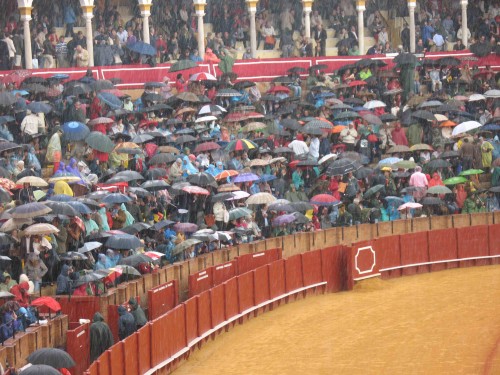 But my interest continues to be rekindled (possibly the recollections have faded) with a book known as In To The Arena: The field of the Spanish Bullfight, through the British author Alexander Fiske-Harrison. He went through training and spoke to a lot of fighters, breeders yet others active in the taurine world, in addition to individuals within the opposite camp. While his arrogance and feeling of entitlement grate, you need to hands it to him: Fiske-Harrison has acquired access where couple of non-Spanish authors have managed – towards the heart from the fiesta, fighting (and killing) bulls themself, and covering it compellingly with fascinating, colourful descriptions and entertaining anecdotes (my own favourite: full-on consuming sessions and nights of madness having a famous bullfighter).

Here lies the moral dilemma: could it be Alright to want to consider something find physically repellent and morally indefensible? Within the book, he adopts detail about strategy: why the bullfighter moves his cape in in a certain style, in a certain reason for the carefully structured stages from the fight, to help make the bull perform certain actions. You cannot deny that it is fascinating to discover the bull’s psyche, and just how the torero needs to browse the animal as soon as the animal enters the ring – (does he use his right or left horn?) around the farm, bulls never visit a person by walking, only on horseback – until they are available in person using the bullfighter. The entire sorry spectacle started to create a much more sense after i look at this, but must i want to be better accustomed to something I do not agree to? Like a journalist who would like to learn around I’m able to about every facet of The country, its culture, and particularly why is Seville and Andalucia – my (adopted) parish – tick, can one justify it?

Most those who are from the art, sport, whatever you’d rather refer to it as, shouldn’t know – or maybe they are doing, it’s to aid their views of their barbarity, instead of from curiosity. I discovered the stabbing, bleeding and killing from the bull – badly botched for creatures in the event I attended – excessively cruel and shockingly gory. Bullfighting is brutal, and personally I’d support a nationwide ban (it’s recently been made illegal in Catalonia and also the Canary Islands). But it is also a part of Spanish culture, same with it wrong to see about this how it’s done? Particularly the mental aspect, of both bull and man.

Discussions inspired by blogs concerning the subject make fascinating studying – in a single comment, a readers stated that they have been experiencing the writer’s work, until she saw he’d “actually wiped out a bull” themself, which made her “really angry”. Do you know the levels of ethical responsibility between supporting bullfighting, attending a bullfight and sticking the sword in yourself? One thing much worse to become involved, rather than watch? May be the audience just as much responsible because the bullfighter? Whenever a well-known newspaper columnist arrived on the scene to The country to create articles about Fiske-Harrison’s exploits, the student bullfighter declined to become photographed having a dead bull (not wiped out by him) for anxiety about middle England’s reaction – the stigma is simply too great, whatever your very own beliefs. Acceptable to see a pet that’s been wiped out for sport about over Saturday breakfast? Yes. Acceptable to check out the photos over Saturday breakfast? No. 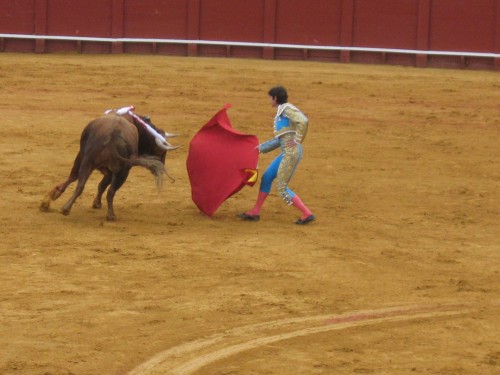 Professional and personal clash (less) strongly within my curiosity about this oh-so-Spanish pursuit, which turns “a violent dying right into a public spectacle”, as Fiske-Harrison describes it, which makes it seem like something in the Inquisition – which, coincidentally, began in Seville. Dying, (religious) passion, brutality, danger: all integral to Spanish existence. Shall We Be Held a hypocrite for attempting to delve much deeper? Especially since I’m keen not to see another bull die within the ring?

Fiona Flores Watson is really a journalist and blogger who resides in Seville and writes for a number of websites, magazines and newspapers, in addition to her very own blog, Scribbler in Seville. After nine years, with two bilingual children as well as an andaluz husband under her belt, she’s still keen to test everything Andalucian, from fiestas to flamenco, but draws the road at bullfighting (used, anyway).

Ash A: It remains nothing short of animal cruelty and the rest of the civilized world waits for Spain to join us.﻿

I am the Juan and Only: Cluas Bodhar Tortured i doubt bleeding out for a minute is torture. At least Muslims treat the animals well before theyre killed unlike your Steroid filled caged meat﻿

Cluas Bodhar: +I am the Juan and Only bullshit, they hang upside down bleeding to death for a long time. Typical little cuck – making excuses for Muslims and hating on Europeans, lol.﻿